YOUR CART IS EMPTY

The Blessing of Rejection: Part 1

In 1987 the Lord graciously saved me, delivering me out of the Kingdom of Darkness and into the Kingdom of Light. He has blessed with abundant life and eternal life. And for all He has done for me, I am eternally grateful.

Yet, among His manifold blessings bestowed upon me, there is a blessing that is challenging for me to receive – it is the blessing of rejection due to my faith in Jesus.

The very first sermon the Lord delivered – the Sermon on the Mount – included these daunting and familiar words:

“Blessed are those who are persecuted for righteousness’ sake, for theirs is the kingdom of heaven. Blessed are you when they revile and persecute you, and say all kinds of evil against you falsely for My sake” (Matthew 5:10-11).

In my own life, both personally and in vocational ministry, I have experienced persecution and rejection.

As the first believer in my Jewish family, it took me 18 months to ‘come out’  and share my faith with them. You see, as a newborn in the faith, I was a ‘Closet Christian’ for a time due to fear – the fear of rejection.

When I finally shared my faith with my loved ones, the response was varied – from confusion to compassion to threats. The last two people I shared with were my father and paternal grandmother (his mom). He said he was fine with my faith, but ordered me to never tell her about it. A few months later, against his wishes, I did share my faith with her.

Although the recompense didn’t come immediately, eventually there was a reaction and response. As a new believer, I continued to pray for and witness to my family. And in 1992, my father disowned me, in part, due to my faith in Jesus. We didn’t speak the remainder of his life, which ended in 2012.

As a missionary to my Jewish people for 6+ years in New York City (2003-2009), while doing street outreach, on occasion I was verbally abused, kicked, spit at, and the general object of derision, persecution, and rejection.

And today, although rejection tends to be more nuanced, it still exists. You see, avoidance of my person is something I also occasionally experience among some in my sphere of influence who’ve not yet met the Savior.

All this to say, I have experienced some rejection in my life as a result of my faith in Messiah Jesus.

At the same time, as I reflect upon the Lord, it was He who experienced persecution and rejection in His earthly life, suffering to the full. And why? Because of His great love of you and me.

The prophet Isaiah foretold the suffering of Messiah in Isaiah 52:13-53:12. Here’s but a portion:

He is despised and rejected by men,
A Man of sorrows and acquainted with grief.
And we hid, as it were, our faces from Him;
He was despised, and we did not esteem Him.

Surely He has borne our griefs
And carried our sorrows;
Yet we esteemed Him stricken,
Smitten by God, and afflicted.

But He was wounded for our transgressions,
He was bruised for our iniquities;
The chastisement for our peace was upon Him,
And by His stripes we are healed.

All we like sheep have gone astray;
We have turned, every one, to his own way;
And the Lord has laid on Him the iniquity of us all.
(Isaiah 53:3-6)

Some in Jesus’ own hometown of Nazareth rejected Him. In Luke 4:14-30, after Jesus read a messianic prophecy from Isaiah 61 in the synagogue, He declared, ‘Today, this scripture is fulfilled in your hearing’ (Luke 4:21). After the Lord continues to proclaim the reality of their unbelief, they attempt to kill Him:

So all those in the synagogue, when they heard these things, were filled with wrath, and rose up and thrust Him out of the city; and they led Him to the brow of the hill on which their city was built, that they might throw Him down over the cliff. Then passing through the midst of them, He went His way. (Luke 4:28-30)

The Jewish religious leadership in His day categorically rejected Him. Replete throughout the gospel narrative, we see this dynamic in play. For example, they plot to kill Jesus when the Lord enters Jerusalem for Passover in John 11:45-12:19.

Ultimately, He was rejected by those He came to save! For when the Jewish Messiah and Savior of the world arrived, the world didn’t recognize Him and much of the Jewish community rejected Him:

Yet this was all in the plan and providence of God! For the early church was exclusively Jewish (Acts 2-9), until Cornelius and his household were saved in Acts 10, becoming the first Gentile converts. Since that time, there are lots more Gentiles for Jesus than Jews for Jesus. And that’s alright, because it’s all part of God’s redemptive plan [Note: to learn more about God’s redemptive plan for Israel, study Romans 9-11].

The reality was that the Lord gave His life willingly, as a sacrifice for sin (John 10:17-18, 1 Corinthians 15:3-4). In fact, paradoxically, the rejection of Jesus on a human level provided the platform by which the Lord would execute His redemptive plan (Philippians 2:8-9). You see, His rejection was the catalyst for His  sacrifice, His exaltation and our ensuing salvation. For His death and resurrection are the means of atonement for and victory over sin – reconciliation with God made possible for the lost sinner:

For when we were still without strength, in due time Christ died for the ungodly. For scarcely for a righteous man will one die; yet perhaps for a good man someone would even dare to die. But God demonstrates His own love toward us, in that while we were still sinners, Christ died for us. Much more then, having now been justified by His blood, we shall be saved from wrath through Him. For if when we were enemies we were reconciled to God through the death of His Son, much more, having been reconciled, we shall be saved by His life. And not only that, but we also rejoice in God through our Lord Jesus Christ, through whom we have now received the reconciliation (Romans 5:6-11).

Yes, we see from His perspective the blessing of rejection – His rejection – brings forth our blessing. His pain, our gain! And to God eternal praise and thanks now and forever!

In our next entry, we will set our attention on other important benefits of persecution and rejection.

For now, may we remember that the blessing of rejection as followers of Jesus is a unique and distinct aspect of our walk with Him. On a human level, rejection is difficult, uncomfortable and at times downright painful. Yet, in the spiritual, it is a critical component in fully developing our relationship with Christ. To God be the Glory!

“…that I may know Him and the power of His resurrection, and the fellowship of His sufferings, being conformed to His death” (Philippians 3:10). 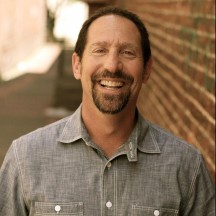 Your feedback is valuable for us. Your email will not be published.
Cancel Reply

Other posts that you should not miss

The Blessing of Rejection: part 2

“Every knock is a boost!” boasted one Moishe Rosen, founder of Jews for Jesus and a giant in Jewish missions in …

We live in curious times. While our present day has been called the Age of Information, it may also be called …

We exist to make the Gospel of Jesus a confident topic of conversation for every Christian. To that end, we offer equipping resources designed to help you witness with confidence and form connections that strengthen Gospel foundations.